When a different future is in progress

Progression is inevitable. It’s happening all around us. Can you recognize it before it happens?

In my last article, I talk about the mindset behind creating the future, jump starting it yourself. Sometimes though, the train of innovation has already left the station. The groundwork is laid, and we are already headed to that destination.

These opportunities tend to have the greatest reward with not (quite) as much up front risk or energy. Because of that, recognizing them at the right time can be hugely powerful. Think along the lines of investing in a start up that has already had its first year of struggle. Jumping in to help push a car is always easier if it’s already moving a bit.

So how do we recognize when the future is in progress even if it doesn’t immediately look like it?

How do we know when the stage is set and we are just waiting for our actors?

While everyone might accomplish this differently, I believe we all do in fact do this in our everyday lives. For my brain, there is a trigger phrase. A common phrase that triggers me to realize I’ve stumbled onto something is “That doesn’t make sense.” That phrase isn’t profound or deeper than the words themselves. I rationalize it as my brain’s realization that this problem, whatever it is, has been solved somewhere else. That realized solution just isn’t being implemented in whatever example we are looking at.

When I had the radio going in my car but knew I could listen to a podcast, on demand, from my phone, something clicked, and a change followed. At the moment, not utilizing the better technology didn’t make sense. Switching to podcasts isn’t some revelation, but that phrase marked the moment where my thinking forked.

Inventions or innovation happen the same way. Zuckerberg thought that it didn’t make sense that everyone at his school didn’t know everyone else’s relationship status and his brain got to work. His brain recognized the problem and realized he had the technical wherewithal to fix it.

Someone needed to see the power of the internet and understand that another particular need wasn’t being filled. Your brain usually recognizes these solutions subconsciously before you’ve fully put the pieces together.
Something trigger Mark and, because he backed it with action, our future was born.

The first part of understanding the future is accepting when things “don’t make sense.” The second part is figuring out the reason why. Finally, if we can connect all of that to a solution, we can believe we’ve stumbled on to something that, if backed with action, will probably change. We know a different future is in progress. 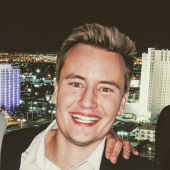 Jeff started in real estate in 2008 during the era of short sales and foreclosures. As the self proclaimed "Real Estate Wiz Kid", he started a website to educate consumers in the Phoenix market about the foreclosure process. The first call off of that website was an investor who want to short sell 20 properties. That's when Jeff learned the power of marketing and technology. Since then Jeff has been generating leads and teaching Agents about technology and marketing. Having taught hundreds of hours of marketing classes in combination with managing accounts that generated tens of thousands of leads, Jeff is often a trusted resource to deliver step by step actionable advice for implementing technology and marketing strategies that work. Jeff currently writes about the Scottsdale real estate market on https://azdigest.com and provides tips to new real estate Agents on After The License.

Conversion rate, success in a number